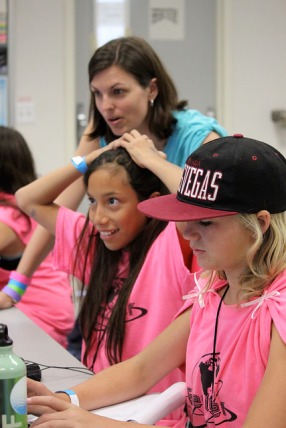 Scouts from all over the council gathered at California State University San Bernardino for the exciting day camp, GenCyber. Girls attended GenCyber for 5 days to learn about cybersecurity and the joys of computer science.

One of the most interesting events during the week long camp was the Raspberry Pi microcomputer training. The Raspberry Pi is a microcomputer that can be used to introduce people to programming, microcomputer design, game making and hacking. It holds all of its information on a single memory card and comes with sound and a speaker; a keyboard, mouse and headphones can easily be plugged into the Pi to improve the users’ experience. Raspberry Pi’s are used by colleges, universities, and the U.S. Military to teach both experienced and beginner programmers how to use basic programming languages like the widely-used Python. Users can make and play games, learn computer science, or just make cool projects with the Pi by connecting it to lots of everyday devices (like a microwave, a refrigerator, or even a remote control airplane).

One of the software programs used to teach the girls how to write computer programs, or code, was called Scratch. Scratch is an easy to use programming language that is used to teach a wide array of tasks ranging from easily requesting the computer to say “Hello World” to more complicated tasks such as developing a space shooter or a classic Mario scroller game remake. The Scratch program allowed scouts to be creative and make interactive games or short “movies”, where players placed characters on a stage to talk to each other. Scouts also figured out how to make a racetrack, which is a simple game formatted like a standard racing game. 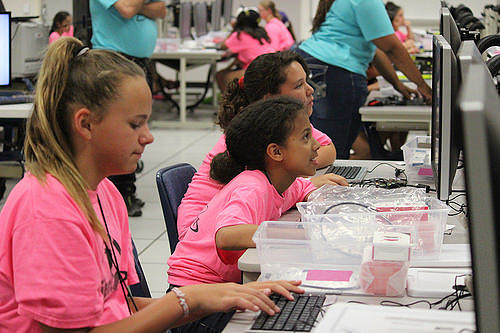 Girls were also taught how to program the microcomputer directly using the computer’s command line, or terminal. Using the terminal lets a user “hack into” the computer’s workings and activate certain parts of the Pi that regular users usually don’t know exists. Using the terminal, a programmer can enter commands to shut down or restart the microcomputer, write documents, and activate other practical uses. The terminal can also download different programs to the Pi and upgrade what type of games the Pi has just for fun (such as Minecraft or Pacman) and new programming applications that would help them get a better understanding of the microcomputer.

At the end of the week, the scouts that attended the entire training camp earned a GenCyber badge and were allowed to keep their Raspberry Pi computers. They took them home and continue to learn exciting new things to do with their new microcomputers. 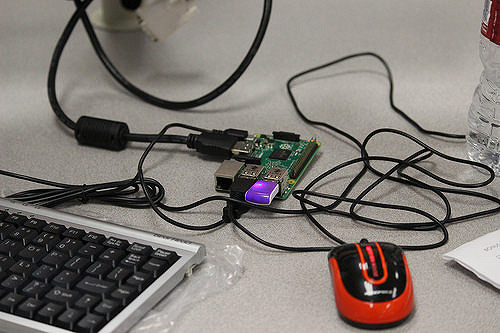 This article was originally published in Food For Thought Magazine, Fall 2015

One thought on “GIRL REPORT | GenCyber”