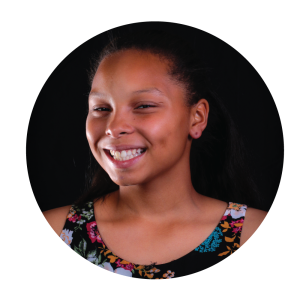 By Kira B.
Senior Girl Reporter

We all know and love the Los Angeles women’s basketball team – the LA Sparks!
We know who they are and what they do, but did you know there are plenty of team members working off the court? After watching the LA Sparks basketball game on June 26, 2016,  I spoke to staff that works behind the scenes! Destiny L, another Girl Scout new to the Girl Scout Reporter program, joined me. We spoke with three staff members: Kristen Welch, Jabari Smith and Kay Young. Without the important work of these people behind the scenes, there would be no LA Sparks women’s basketball team.

We first spoke to Kristen Welch, an Account Executive with the Sparks. Ms Welch plays a vital role – getting people to the games. Her job is important because if they don’t get people there, the girls won’t have a show.  An Account Executive specializes in exposing and assisting businesses of all sizes to achieve optimal relationships with their clients, prospects and families.

The next person we spoke with was Jabari Smith. He was an actually an athlete himself, and he said, “it was a great opportunity to be working here as an account executive.” Mr. Smith helps businesses utilize the Sparks brand.
Lastly, we spoke with Kay Young. Her job title is Partnership Activation Coordinator. Ms. Young works with companies to “activate” their brand on the LED lighting around the arena. She also writes up the sponsorship agreements.