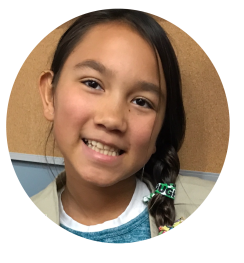 It is always important to help your community in one way or another because it is important to keep where you live maintained. Communities give people the opportunity to try again and to give back. You can give back to the people who help you from near like family or from far like the military. Giving back never makes anyone sad and it helps people to extend their communities and make them better one step at a time. When you give back, you can be going to a large event, a small event, or even help to make dinner one night. The people you give back to will always appreciate the love and the amount you care for them. Three examples of giving back are wrapping easter basket for children, packing I-cares for the military, and raising money for charity by making cookies. Each of these events help you to give back to the community and in return you can earn a patch. Giving back is important to the community because it gives everyone a chance to receive something special. Giving back has been a part of girl scouts since the first girl scout and has been an important tradition since then.

At the event, Wrapping for Charity, where you wrap easter baskets for children, people from all over Riverside wrapped up gifts for kids in need. They had a large array of toys that you could choose to wrap for the children. They also had separate tables depending on the toy you are wrapping for the basket. He person at the easter basket wrapping event would stand in a orderly, straight line and wait to grab a large clear bag, some easter basket stuffing, and a colorful easter basket. They will then go to a certain age groups’ table of toys and choose one.

The age groups started at 0-2 or disabled children and got older as you walked to the left. People would then go the table that was outside the room with all the amazing toys and pick out additions to the toys. They would choose candy, a free kids meal gift certificate, a coloring book, a notepad, and of course some crayons so they would be able to play right away. The person would then go to the table that corresponded with their toys’ age group and wrap the easter basket. They would then place the basket under the table and repeat this step until all the toys were wrapped. This event was finished because of the amount people that decided to give back to their community. The patch that they received was very cute and everyone had an awesome time earning it.

visit them while they were packing I-cares. After meeting the soldiers and taking a few photos with them, the girls would get in groups at different tables. They would then take a case of the type of cookie that corresponded with the cookies that were being stacked at the end of their table and open it. A “thank you” sticker was placed on each box of cookies in the case. The cookie boxes where then neatly packed back into their corresponding case and One of the cards that the children colored was then placed on top. The case was then closed securely and stacked in an orderly fashion with the other cookie cases of the same type. This was repeated over and over until all the I-cares were packed away and ready to be shipped to soldiers all over including in the navy and airforce. Girl Scouts would then line up and receive a patch personalized for the event. They just knew that the soldiers would appreciate this gift.

At the cookie making event where you raise money for charity, there were so many good working people that the cookie roll took only about an hour instead of about two hours. One way the girls gave back to charity is by baking cookies, selling them, and donating all the money made to various charities. At the cookie roll, they put on gloves so that their hands wouldn’t get dirty. They also used hair nets to keep their hair out of the cookies and their faces so they would be able to see. They got in teams of about four to six people and worked together at a table. At the table each team would be given a large box of cookie dough and three ice cream scoops so they could scoop out even scoops of dough. They were also given a large tray of white sugar, an empty box, and a few sheets of parchment paper. There would be two people scooping the dough and two people preparing the dough. The people scooping would scoop out some dough and the people preparing it would roll it into a ball. They would then cover the ball evenly with sugar and place it into the box with a sheet of parchment paper at the bottom. When they finished with one layer of ball of prepared dough, they would place a piece of parchment paper on the dough. They would also switch the jobs of the people working so their hands would not become tired as fast. Once the box had three layers of dough balls, it was replaced by a new, empty box. The process repeated over and over until every box of dough was used and ready to be baked. The people working could buy a bag or two of dough so they could make it at home. They would also be given a cookie and a patch if they were a Girl Scout. The cookies would be sold at the market a few days later.

Sometimes giving back doesn’t always mean giving back to just your community. Sometimes you can give back to other communities. You can even give back to the people that help you like your family and friends. Giving back doesn’t always need a reward because there already is one. The reward is the chance to work with people in your community to help benefit where you live even if you do something small. Even if you don’t do something too big, at least do it to help your community and the people living in it. Just because its small, doesnt mean its not worth doing. As Martin Luther King Jr. once said, “ If I cannot do great things, then I can do small things in a great way.”