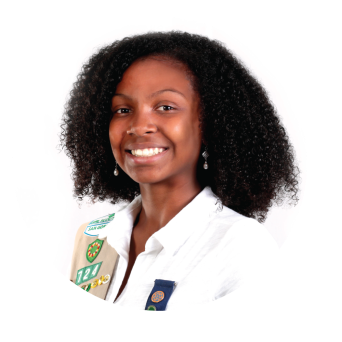 On August 28, 1963, a special man said the words “I have a dream…” These words not only laid down the foundation for a revolution that would change the rights of African-Americans everywhere, but it also inspired people’s hearts to help to change the world for the better. These famous words were spoken by the community activist Dr. Martin Luther King Jr. Dr. King was a leader, a preacher of the rights of African-Americans, a friend to all, and most of all, he was hope. Hope for a better world that believed in equality for all men and women, no matter what color skin they had. Dr. King preached his heart out and made his dream carry through the minds of the people long after he had to leave this earth. His mission didn’t stop with him passing away; his legacy is still remembered, cherished and lived out by every present-day African-American living in the USA. This is an opportunity to “do something positive that is going to pass on,” Lisha Smith the Special Assistant of San Bernardino County’s Supervisor (Josie Gonzales) says. “When someone is hungry you can give them a fish or you could teach them how to fish…[so] the legacy lives on.” 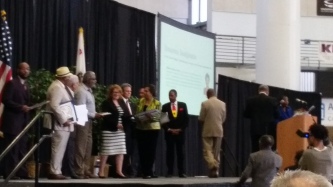 On the fifteenth of January, 2018, Inland Empire Concerned African-American Churches or IECAAC honored this amazing man’s work and all that he has done for our nation. On Cal State San Bernardino’s campus, in the Coussoulis Arena, a breakfast was held in commemoration of Martin Luther King Jr. This year was the 38th Annual Breakfast and it definitely struck the hearts of everyone in the room with inspiration.

The breakfast began with music on the stage coming from a live performer playing the saxophone. At this time people were beginning to sit down. Soon after everyone was seated, greetings and the invocation began, led by Beverly Jones Wright from New Hope MBC and Pastor David McKenzie from St. Timothy Church. Once they were done with the introductions, breakfast opened and food was served.

Soon after everyone was seated, The Master of Ceremony, led by Pastor Sam Casey, was put to motion, followed by a welcome speech by Dr. Brian Hayes the Vice President of Student Affairs for CSUSB. After the welcome speech, everyone stood up to sing the Black National Anthem. Voices echoed off of the arena’s vaulting ceilings making every person’s words drift into one booming voice. God’s word began to resonate out of the speakers around us once the anthem sank into sleep. God’s word was spoken by Rabbi Hillel Cohen from Congregation Emanuel and Pastor Dumas from Kingdom Culture.
Suddenly, music began. Rhythmic music, that tells the story of our people. On the stage, 6 children wearing all black with colorful bands around their waists and white masks began to dance. They sang the history of every African-American through movement and dance and feeling. These kids are called the Unspeakable Praise, from New Hope MBC.
Once the music stopped, Dr. Michael Andrew Owens, a pastor from New Hope Missionary Baptist Church, came to the stage. He spoke about God’s mission and MLK’s mission and how each and every one of us should, “share a dream, inspire a vision, [and] foster a change,” because each one of us has the power to do anything and to be anything we want to be.

Musical expressions and presentations lived out the life of African- Americans and Martin Luther King Junior’s life. Later, to honor the many families and people that helped to impact the lives of African-Americans, a memorial was held to remember the amazing work that they did. The remembered included Joyce Fairman, Bob Moore, Margaret Rochelle, and many other of the amazing people that helped to bring our community together in hope and love. 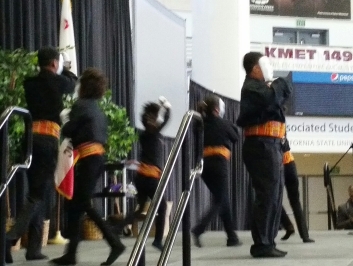 Our world is always changing and though we have all come a long way from the discrimination that MLK and the people around him had to go through, “we still have a lot of work to do. And we have to continue that legacy,” says Dan Flores, a board member for the Colton Joint Unified School District, “And it starts with our children, and it starts with that education, it starts with… every day working to empower others so they have the same opportunities.” So get out there! Be a part of changing the world! In the words of Dr. Owens, “Dream on dreamer, God is a dreamer too.” 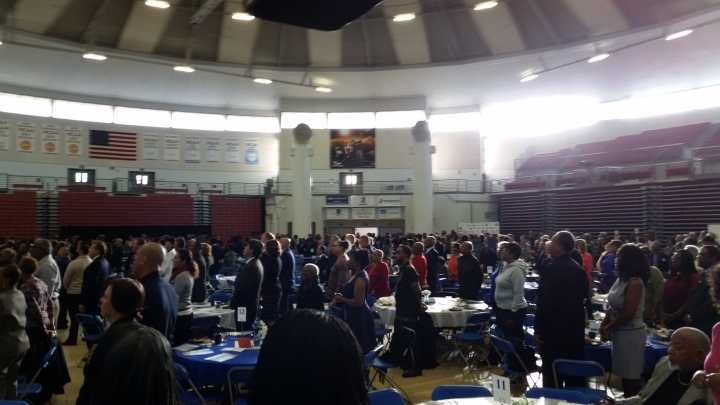