On November 2017, I visited New York City with my family. From our hotel room, there was an amazing view of the Freedom Tower and the 9/11 memorial and museum. Even though the view from above was wonderful, I knew that it would be important to visit in person so I could pay my respects and report on my experience as a Girl Scout Girl Reporter. 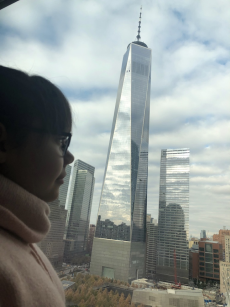 When I was in the first grade, our teacher Mrs. Martin explained to our class what happened on September 11, 2001. I do not remember all the details, but recall that I went back home with this thought, “I want to know more about the victims and their story.” Since then, I have used YouTube.com to educate myself by watching a documentary about the victims of the attack. The information there surprised me and made me sad, yet proud of how well our country remained strong after the horrendous attacks.

Every following year at school, my teachers would explain the 9/11 attack with a bit more detail, increasing our understanding. Fast forward to my current seventh-grade year and now, I finally had the chance to visit New York in person. 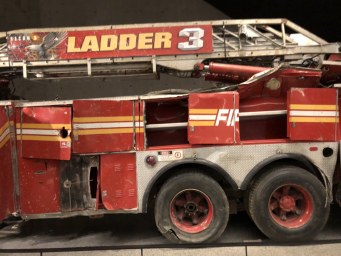 First, I visited the outdoor memorial that now has two huge big square holes with water flowing down through it where the twin towers used to stand. Surrounding the edges of the memorial is a dark grey stone where the names of those who died in the attack are etched. My family and I took a minute to reflect on what happened on that day before heading to the museum, which is located right next to the outdoor memorial, before the Freedom Tower.

The next day I visited the 9/11 Museum and Memorial. The entrance had audio recordings of witnesses and survivors of the attack. Throughout the museum, I saw what was left of the towers, which was the walls, metal, various items found at the site of the disaster including a destroyed fire truck. There were many tributes to the Fire Department of New York (FDNY), and the New York Police Department (NYPD), who heroically risked their lives and sometimes died, to save others. There were also video stations that replayed the news stations covering the attack at the time. All of the museum memorial pieces were so touching and brimming with memories. 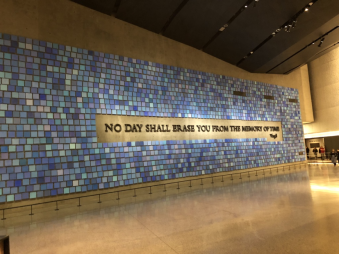 My last stop in the museum was a gallery of items found at the site of the attacks belonging to the victims. There were shoes, helmets, and clothes recovered from the ruins of the buildings. This final exhibit helped visitors remember the real everyday lives taken on 9/11. 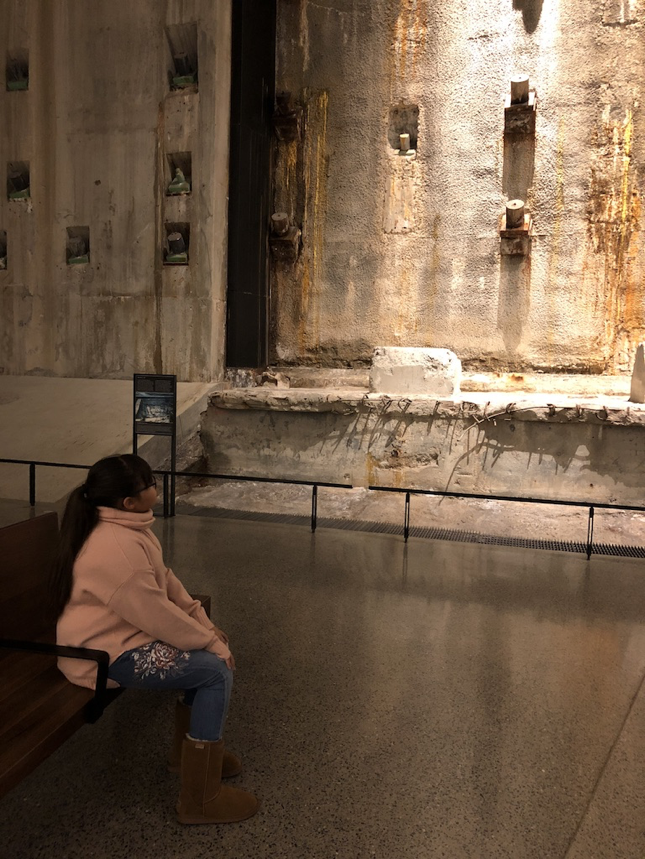 Even though our country went through this devastating attack more than 15 years ago, the 9/11 Memorial and Museum remains as a powerful reminder honoring the victims and heroes of the attack and a location that marks an important part of our country’s history. After leaving the memorial, I was left with impactful memories and strong emotions along with a new sense of wonder about the strength of the American people. I encourage everyone to visit this landmark in person or online at http://www.911memorial.org. 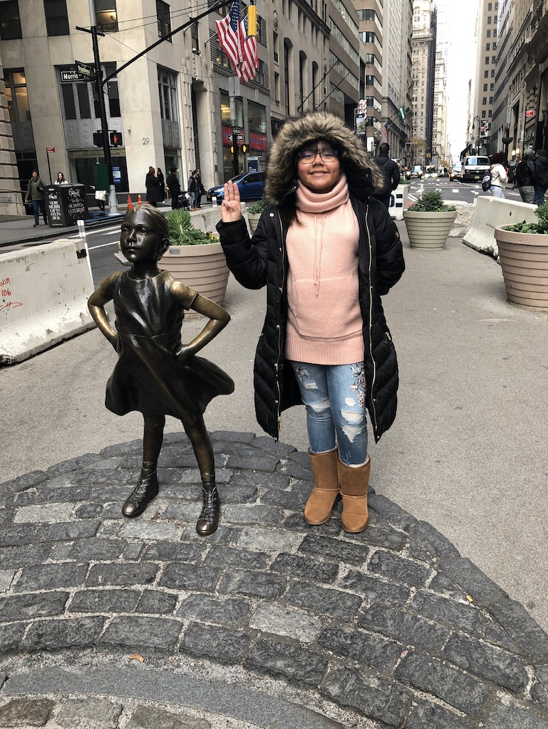