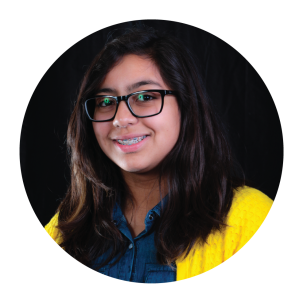 GenCyber is the biggest Science, Technology, Engineering and Mathematics/STEM Event put on by San Gorgino Council and every year tons of girls participate in it.  GenCyber is a day camp where girls go to learn about computer technology, hackers, and how to stay safe online, along with them receiving a super computer Raspberry Pi to work on. It is held at California State University San Bernardino every year with student volunteers.

This year, following a week after GenCyber a new opportunity for not only High School girls but also girls who have been with GenCyber for a year or more arose. It was similar to GenCyber, but specified for the girls to learn more in depth detail of everything taught in GenCyber along with new lessons. This was a new program being tested out to see if it would be successful and it was. A total of about 50 girls participated in the camp.

I  participated in GenCyber for 2 years before this new opportunity and I loved it.  When I heard about the new program I was filled with joy and couldn’t wait to learn more. I made many friends those 2 years and wondered if they would be participating in the same program. They were, and I became more excited as the days got closer to the camp. 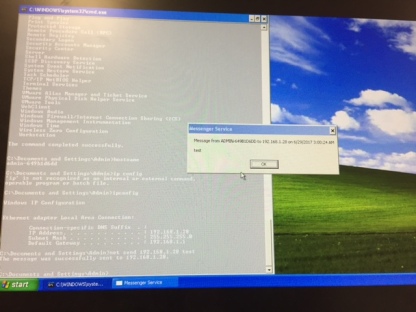 The first day before any workshops, was an introduction to cyberstaff and an explanation of what would be happening throughout the week.  The first workshop was learning all about what a command prompt is, and how to access it. The girls learned how to change the colors and why a command prompt is used. The techniques that were taught, are commonly used for coding and short cuts in the computer. A favorite coding activity that the girls enjoyed, was making UFO’s with specific codes involving hashes and numbers. The girls were given papers stating the code orders, and each had to be input like the paper. In the end, the UFO’s flew back and forth across the screen.

Another activity that camp gave the girls was rock climbing.  A portable rock wall was set up at the college’s gym. In this activity, a lot of the girls succeeded making it to the top.  The whole course was about 12 feet tall or 2 stories high. Some the girls had trouble on the wall, but perservered. The different walls depended on how easy or hard the course was. Along with the girls on the rock wall they let down a suspended rope about the same height of the wall. Most of the girls made it half way. Each girl going up on the wall or rock course had their friends cheering them on. This is a great way to help girls or students with self-confidence issues to believe in themselves.

Later, the girls learned how to create popups that would be on everyone’s computer using a website or the computer its self. The website used was called InfoSec. rocks. There, the girls learned different codes to make pop ups like the lesson before, but while including fake made-up links that would spam into everyone’s computers. Inserting fake links show how spammers lure in computer users to click the link and gather information that way. Raspberry pi’s were the most anticipated project of the camp.  The student teachers had a run through of the basics . Then, what was taught could be used to create popups with fake links or wording to trick users –the code was called hashing. Hashing is adding certain words or code names in a line that the computer understands to create them and if lucky enough while doing so a code would appear that we could crack in the class. 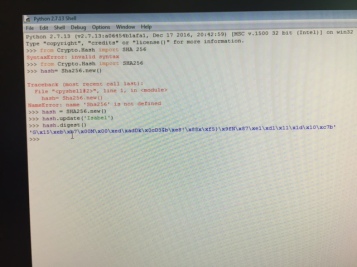 The last day of this camp was hard for most girls. They had so much fun and met so many friends that saying bye was difficult. The camp couldn’t possibly end without some great entertainment. A slide showed of the week was made and within that slide show was some funny moments that had happened from both the volunteers and campers. All the volunteers also got together and performed skits and songs for the campers. The campers learned so many valuable lessons, such as cyber security is for anyone, and that anyone (especially the campers) can go into the cyber security field. GenCyber for High School students was an amazing and informative camp that many participants will be returning to next year. If you have been with Gencyber for at least a year or more, and are returning to High School, sign up for next year’s GenCyber Camp.  You will enjoy every day of it.