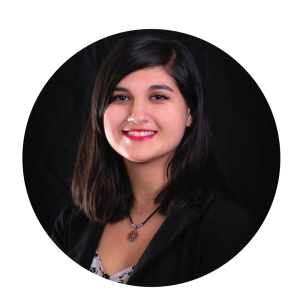 On September 17th & 18th, Long Beach hosted its 8th Annual Long Beach Comic Con, (LBCC.). Comic Con is a convention where thousands of people travel to Long Beach for a single weekend to meet legendary guests that helped shape the comic book univers
e and industry, as well as cosplaying and getting to know other fans in the process!

Generally, conventions of this scale consist of panels, artist alleys, exhibit halls and sometimes celebrity photo ops. So what makes LBCC extra fun and special?  The event offers a variety of different activities such as a kids area, Girl Scout friendly workshops, Space Expo corner and even a really awesome cosplay corner!

In the kids area, children can play with legos, make their own superhero mask and play in a maze! This area is family friendly as kids can play and learn with their parents and other children in the area.

Girl Scout members can attend LBCC by registering on the Girl Scout of Greater Los Angeles website!  This was made possible through the partnership between Girl Scouts and LBCC. This partnership not only provided free admission to the event but also included a Girl Scout LBCC goodie bag and workshops for Brownies, Juniors, Cadettes and Seniors.  At the various workshops, Girl Scouts had the opportunity to earn a badge designed to suit each specfic Girl Scout grade-level.

Brownies had the opportunity to learn about cosplay and even made their own superhero masks! For those who aren’t familiar with cosplay, it stands for costume play, where people of all ages have fun dressing up like their favorite characters. The best part was they got to keep the costumes and wear them around the convention! There was also a fun scavenger hunt organized by Girl Scouts and LBCC. The mission was to go and find some fun places listed on their scavenger list and girls really enjoyed searching for each place! I had a chance to talk to Brownie Girl Scout  Rebecca T. who said, “My favorite activities were the scavenger hunt and making the superhero masks!”

LBCC’s Space Expo was a must see as well. It had a variety of STEM related booths and exhibits. Vendors in this area included  NASA, Astromech’s R2 Builders Club, Cerritos Robotics Club and other amazing companies and organizations.. At NASA’s booth, you could see a close up real astronaut suit and talk to a knowledgeable NASA representative about any questions you had about the program or space!. Cerritos Robotics Club had robots present that some of their members had created. Astromech displayed real functioning R2D2s and BB8s! I was curious to know how long it would take to create one of these detailed and advanced robots so I asked one of the members present at the booth. According to Keri R., a new and proud member of Astromech, she said, “It takes around two years to create one. But some do go to the extremes of blocking their surroundings and can even (manage to) finish in a couple of months.”

Keri R. posing next to the R2D2 she’s working on.

These areas were some fun activities unique to LBCC.  But  LBCC still has more! With over a hundred panels ranging from Pokemon GO to Batman: The Animated Series, many people partook in Q&A with animators, voice actors and more. There was also a cosplay corner where different cosplayers came together to talk about how hard they worked on their costumes and makeup.  The cosplayers ranged from kids to adults and even families came together to do a group cosplay!

Another key component that makes LBCC so amazing is it’s Animation Alley.  Countless people who have helped create and expand the comic book universe had booths and fans would interact with them, gain information, clarity and insight from the m
ids of the creators.  Some of the guests I saw included Susan Eisenberg the voice actor of Wonder Woman, the animated series, Rikki Simons, voice actor of Gir on Invader Zim, and Greg Land, a comic book artist notable for working on X-Men and The Fantastic Four. But these were just three amazing guests out of over 150 that appeared this weekend! And if you you were lucky they might even show up at the celebrity photo op at some point during the convention!

So if you’re ever in Long beach on the third week of September, I would highly recommend stopping by with the entire troop or family. You never know what Girl Scouts and LBCC might have in store.