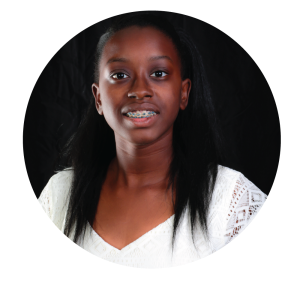 You might have heard of the first Comic Con happening in the Palm Springs Convention Center, where the Girl Scouts had an art workshop and omic fans fom all over the Desert and Palm Springs came together to celebrate. From September 17-18th this year, Long Beach also hosted a Comic Con at its Convention Center. The show floor was packed with excitement. It had an art corner, a cosplay corner, and even t

wo video game demos available to play with! There was another section dedicated to the Girl Scouts, which taught girls of every level how to draw, and an amazing laser tag course (thanks to Russell R. of Party Xtreme Laser Tag). Even a few celebrities were there, such as the cast of “Firefly”, Nathan Fillion from “Con Man”, and a few actors from “Batman: The Animated Series”. An amazing feature of this 8th annual Comic Con was the advancement in technology, and that the Con included many voice actors from many animations, even Pokémon!

The Space Expo in the

far corner of the show floor had anamazing display of science, engineering and technology. There were parts from the famous show “Battlebots”, a virtual reality headset and demo for public use, a real life R2-D2, and much more! A few exhibitors provided fun and cool courses in L.A. to learn how to build and take advantage of the power of robotics. They received many applications from Girl Scouts to sign up for STEM (Science, Technology, Engineering and Mathematics) course
s. On one display table, people were using a small robot to solve a Rubix cube (puzzle cube) and showing how to solve it. There was a cut-out where people could pose as an astronaut, and there were many other amazing displays people were crowding around to see. The hard work was apparent outside

of the Con as well; there were cars from popular movies, like DeLorean DMC-12 (the time machine) from “Back to the Future” and Bumblebee from “Transformers”.
Aside from the stunning work of creative people, there was enough for comic and card fans to enjoy too. Spread throughout the floor was an assortment of beautiful posters from popular TV shows and animes, as well as figures and “mystery boxes” that were sure to attract anyone. Near the front of the exhibit hall, there was a huge Pokémon stand that had plushies of iconic characters such as Bulbasaur, Oshawott, Chespin, and of course Pikachu. The stand also contained cards of many playing card games, and
exclusive packages (some were even shipped from Japan!) I was also lucky enough to get into a panel for the Pokémon
voice actors, which featured their adventures as a voice actor for a worldwide craze. Tara Sands (Bulbasaur, Sammy Oak and more), Bill Rogers (Brock, Drew and more), and Craig Blair (Tracey, Giovanni and more) gave their opinions on how it was like, years after voicing their main characters and moving onto bigger things. They encouraged others to go and get into voice acting, because it could be an experience that could change your life. This goes out to everybody who wants
to try something new or adventurous-just go for it, because it could give you the opportunity of a lifetime. At the end of the day, a song was given about the adventures of Pokémon-in the tune of Miley Cyrus’ “Wrecking Ball”.
Overall, the Long Beach Comic Con was amazing for anybody who’s in the area and loves comics, science fiction, or just media in general. Comic Cons serve to unite all pop culture fans and help them find others like them, as well as communicate and make new friends. They also commonly feature STEM and technology events, and show others the wonders of engineering. Girls, boys, and people of all types come together to encourage each other and their hobbies, and help each other out. Whether you’re interested in science or you just want to buy a few collectible cards, you should definitely go to a Comic Con for a fun-filled experience!