On July 27, 2016, we went on a field trip to Santa Ana Zoo for Career Exploration Day Camp.

Miss Lauren Bencher ( Santa Ana Zoo’s Education Specialist) showed us half of the zoo and behind the zoo.  We even had the opportunity to visit the hospital for the zoo animals and the place where they prepare the food.

Ms. Lauren explained to us some of the jobs you find at the zoo. 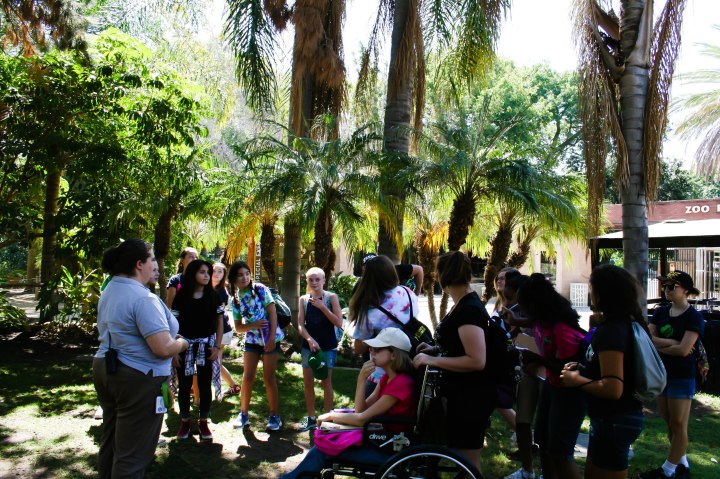 We were able to visit a small exhibit called ” Exploration Outpost” which housed a tarantula spider, and a poisonous dart frog. We learned that the dart frog name was Oliver and that he could potentially be very dangerous.

Later we were able to look around and discover some new information for ourselves.

I saw a few camels, a baby islet (which is a dwarf leopard which came from Trinidad or Margarita Islands), as well as, a range of birds. Some of the birds were big and others were small but all of the were extremely colorful.

One of my favorite birds I saw was a red bird with a long beak named Scarlet Ibis.

I learned a lot about different kinds of animals and I’m so glad I got the chance to go to the Santa Ana Zoo, it was so fun it didn’t even bother me that it was hot outside. 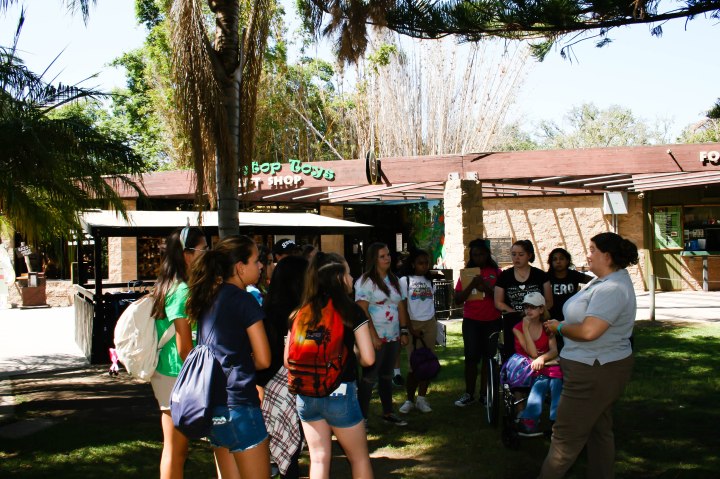