Originally published on August 13, 2014, we’ve decided to update this post in celebration of the new $20 bill!

Today Stanford University professor Maryam Mirzakhani, along with three others, became the first female mathematician to be “given the honor that’s often called math’s equivalent of the Nobel Prize,” said NPR.

The Fields Medal is a top prize given to the greatest mathematical minds for the past 80 years, so it’s about time!

In honor of Ms. Mirzakhani, a 37-year old Iranian American, we decided to dig deep into history and find other notable women who were the first females in their profession, to win a prestigious honor or boldly go where no woman had gone before! 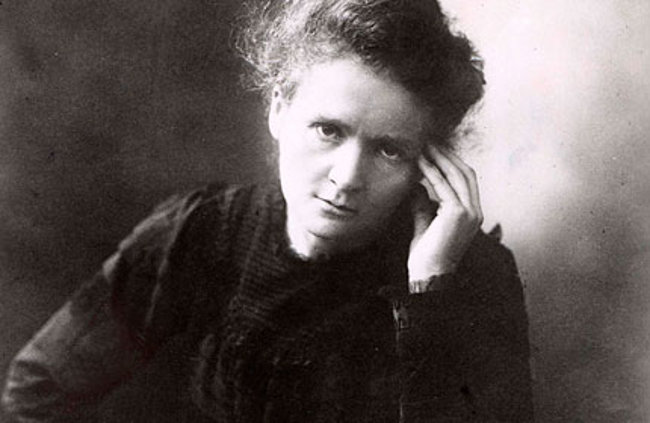 Marie Curie was not only the first woman to win a Nobel Prize, in 1903 jointly with her husband Pierre Curie and Antoine Becquerel for Physics, but she was also the only woman ever to win two Nobel Prizes. She was awarded the honor solely in 1911 for her research in nuclear chemistry.

Curie was honored “in recognition of her services to the advancement of chemistry by the discovery of the elements radium and polonium, by the isolation of radium and the study of the nature and compounds of this remarkable element.” 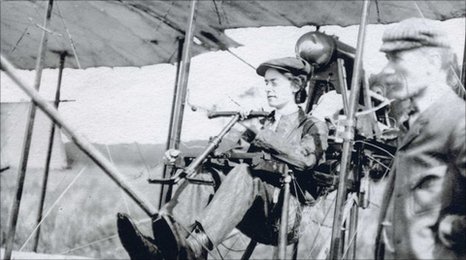 We have all heard of the Wright Brothers, but have you heard of the British journalist and aviator Lilian Bland?

Between 1910-11 Bland became one of the first women in the world to design, build, and fly an aircraft. She lived quite the unconventional life for her time:  she was a well-known sports photographer and journalist, wore pants and “in her own words, she gambled, drank and painted.”

Her most magnificent achievement was the Mayfly – as in “may fly, may not fly” – the first powered biplane in Ireland.  Bland took to the sky a full 18 years before Amelia Earhart flew solo across the Atlantic in 1928. 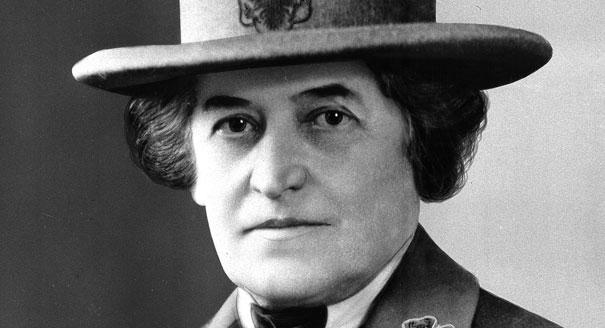 Although she was many years past girlhood, I think we can all agree that the Founder of the Girl Scout Movement was also the first (adult member) Girl Scout!

Juliette Gordon Low spent several years searching for something useful to do with her life. Her search ended in 1911, when she met Sir Robert Baden-Powell, founder of the Boy Scouts and Girl Guides, and became interested in the new youth movement. Afterward, she channeled all her considerable energies into the fledgling movement.

From the original 18 girl troop in Savannah, Ga. Girl Scouting has grown to 3.7 million members. Girl Scouts is the largest educational organization for girls in the world and has influenced the more than 59 million girls, women and men who have belonged to it.

Gertrude Ederle – The First Woman To Swim The English Channel (1926)

Gertrude Ederle goes down in sports history as the first woman to swim across the English Channel in 1926. Ederle was also an American competition swimmer, Olympic champion, and former world record-holder. Among other nicknames, the press sometimes called her “Queen of the Waves.”

At the 1924 Summer Olympics in Paris, France, Ederle won a gold medal as a member of the first-place U.S. team in the 4×100 meter freestyle relay. It was a memorable year, the American team brought home 99 medals, including long-jumper DeHart Hubbard who was the first African American man to win an individual gold.

In 1960 Sirimavo Bandaranaike became the  first elected female prime minister in the world. She served as Prime Minister of Sri Lanka (formerly Ceylon) three times, 1960–65, 1970–77 and 1994–2000, and was a long-time leader of the Sri Lanka Freedom Party.

Bandaranaike was the mother of three children, and her daughter, Chandrika Kumaratunga, followed in her mother’s footsteps to become Sri Lanka’s fourth Executive President.

On June 16, 1963, aboard Vostok 6, Soviet Cosmonaut Valentina Tereshkova becomes the first woman to travel into space. After 48 orbits and 71 hours, she returned to earth, having spent more time in space than all U.S. astronauts combined to that date.

According to the History Channel, “Valentina Vladimirovna Tereshkova was born to a peasant family in Maslennikovo, Russia, in 1937. She began work at a textile factory when she was 18, and at age 22 she made her first parachute jump under the auspices of a local aviation club. Her enthusiasm for skydiving brought her to the attention of the Soviet space program.”

On May 16, 1975 Junko Tabei became the first woman to ever reach the summit of Mount Everest. An English major at Showa Women’s University in Tokyo, Japan,  she was a member of the mountain climbing club. In 1969 she formed the Ladies Climbing Club: Japan (LCC).

Tabei was not only the first woman to summit Mt. Everest, but she was also the first woman to have achieved climbing the Seven Summits in 1992. Today she is the director of Himalayan Adventure Trust of Japan, an organization working on a global level to preserve mountain environments

The first American woman in space was astronaut and physicist Sally Ride, who served as mission specialist on the space shuttle Challenger in 1983.

Dr. Sally Ride, a California native,  studied at Stanford University before beating out 1,000 other applicants for a spot in NASA’s astronaut program.  She was a double major in English and physics before earning her master’s degree and Ph.D in Physics. Ride was truly a woman who boldly went where no other woman had gone before! 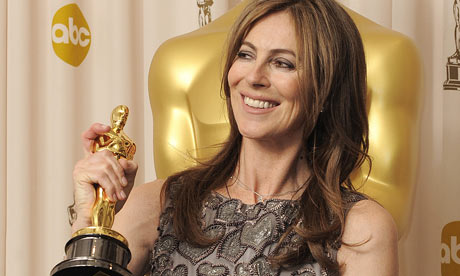 Kathryn Bigelow made history when she became the first woman to win the Academy Award for Best Director at the 82nd Academy Awards.

Michelle Howard – The First Female Admiral in the US Navy (2014) 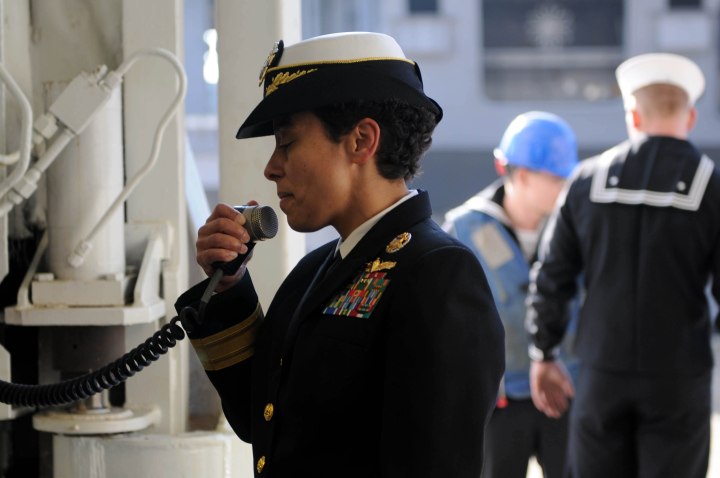 This year Michelle Howard became the first woman to become a United States Navy admiral. She currently serves as the 38th Vice Chief of Naval Operations.  Howard is also the first African-American woman to achieve a three star rank and four star rank in the U.S. Armed Forces.

Check out this awesome photo of Howard aboard the amphibious dock landing ship USS Fort McHenry as she speaks to sailors and marines.

It was announced on Wednesday, April 20, 2016 that Harriet Tubman will be the new face of the $20 bill! She replaces former President Andrew Jackson. Reuters news agency wrote:

The U.S. Treasury Department said on Wednesday that Tubman, who was born into slavery in the early 1820s and went on to help hundreds of slaves escape, would take the center spot on the bill, while Jackson, a slave owner, would move to the back.

And that’s not all for women:

A new $10 bill will add images of five female leaders of the women’s suffrage movement, including Sojourner Truth and Elizabeth Cady Stanton, to the back, while keeping founding father Alexander Hamilton on the front.

The new designs will be unveiled in 2020 and should go into circulation soon afterwards.

So that wraps up our exploration of amazing female firsts! Of course, there are many more amazing pioneering women; however, it’s impossible not to notice what’s missing is a first female President of the United States.

Well, election year is coming up and word is there are a number of women poised to launch a presidential bid in 2016. Who would you vote for?