On the weekend of December 4, 2015 a group of 30 girls embarked on Destination Unknown, a weekend getaway to a secret destination. 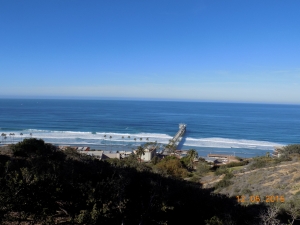 This year we took the trip to San Diego. On Friday night, we spent the night at the Temecula Girl Scout Council. We had the choice to play games and socialize, watch a movie, or go see the Christmas lights in a Temecula neighborhood. A couple of hours later, we had a meeting discussing whether we wanted to know where we were going or if we didn’t, and established a set of rules for us to follow while we were on the trip. After the meeting, it was time to get some sleep before the rest of the journey. 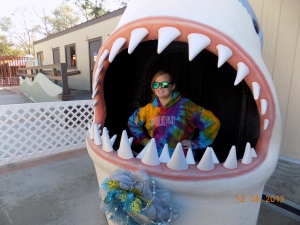 Saturday morning it was a quick fix at the local Starbucks before hitting our first big destination: Birch Aquarium. We were there for two hours, and explored the aquarium independently before reconvening for our next stop. Belmont Park, San Diego’s beachfront amusement park, was our next stop. While there, we were able to go on any ride, shop and enjoy treats. Many girls decided to get ice cream for a snack.  At 1:30, we all met up and went to our next secret destination.

This time we arrived at Legoland California!  There was an option for girls to either head to the beach or stay until evening. At Legoland, we were able to travel in groups and explore the many fun activities. Some girls chose to ride the rides, while others enjoyed the Miniland section of Legoland. At 5 o’clock, we left the park for dinner at Denny’s Diner. Most girls got creative and combined meal deals to get dessert for themselves. After dinner, we were assigned our rooms and went to bed.

The Girl Reporter Program is proudly supported by:

The next morning, everyone packed their things and took a vote between going for a boat ride or heading out to Balboa Park. Some girls chose boat riding, but a majority of girls, including myself, chose Balboa Park for the variety of Museums. We reached Balboa Park shortly after 9:30am and went into the Science Museum where girls explore and even watched a science film. Afterwards, it was a quick visit to the San Diego History Museum. In the museum, there was a Dr. Seuss exhibit and a separate history exhibit to look at. 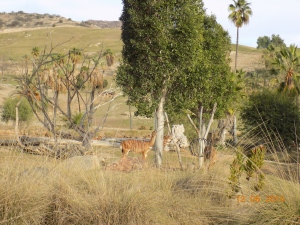 Noontime arrived and the girls regrouped for lunch. However, that wasn’t the end of the fun. In fact, one of the most executing activities came next: the San Diego Safari Park! At the Safari Park we rode a tram and took a tour of the zoo. Girls explored the park until closing time.  Afterwards, we headed back to our own San Gorgonio Girl Scout Council, ate dinner and waiting for our parents to arrive.

Overall, the weekend was an unforgettable experience. The explorers crafted new friendships and memories, plus they just had a really fun time!